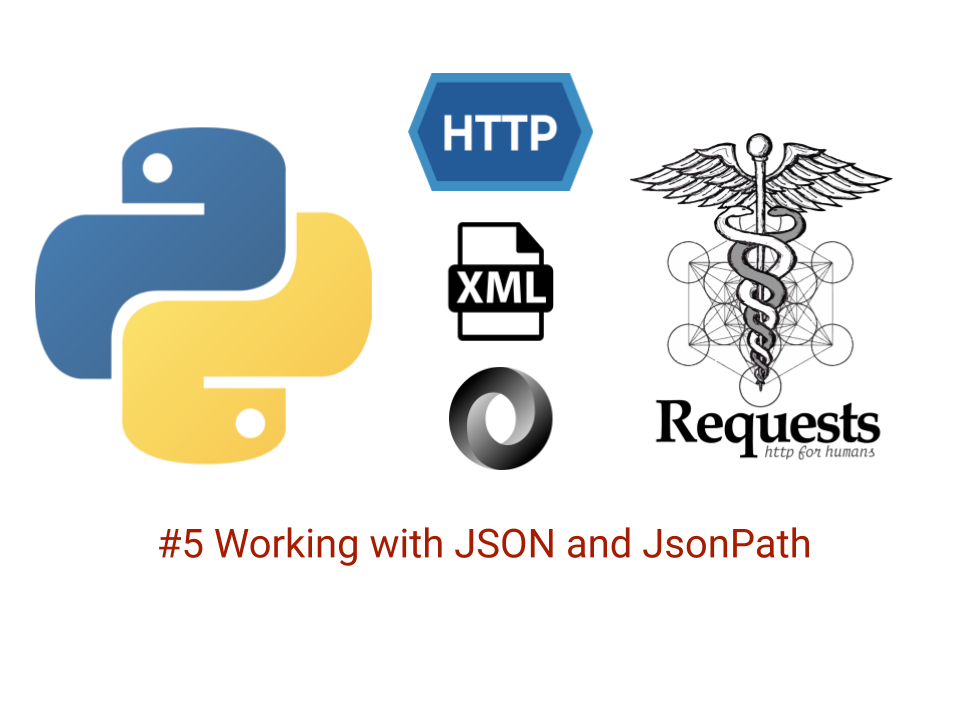 This is fifth post in a series on how to build an API framework using python.

You can read previous parts below:

JSON is one of the most common data format that is used for request and response payloads in API’s today and is very important to get a good grasp over.

If you are completely new to JSON format, please refer to the below sites to form an intuition of what it is:

I’ll try to give a quick summary here, it is mostly a key: value data structure with some primitive data types like string, boolean, numbers, and an array data type and looks very similar to a Python dictionary.

In fact, if you have already worked with nested dictionaries then you mostly understand JSON. 😉

Before we proceed, Let’s see some quick definitions that often come up when dealing with JSON format for API automation

I know these terms appear similar and sometimes confusing, however, don’t worry you’ll get the hang of it as you work with these more.

We’ve already seen the json.dumps() method in action in Chapter 2 and hence would not be going into detail.

I’ve gone ahead and created a test for this. Let’s understand the different pieces:

Firstly, we have the create_person.json file under the tests/data directory to represent a sample request body (often called request payload as well).

This is in general a good pattern to follow since this avoids you having to mention request bodies explicitly in your tests and also makes your test files less bloated if you have a larger payload.

Next, we have utils/file_reader.py to give us a function that can accept a file name in the tests/data directory, read it, and then send the JSON string back.

Couple of things to note here:

Alright, so this helps us get a python object.

Here is how we can use this in our test.

Below is the complete test file.

I know it looks huge 😏 Let’s unpack the changes.

Make use of pytest fixture for data setup

Above, instead of having the entire setup code in the test method. I’m making use of pytest fixtures to inject the data into the tests. Note the fixture named create_data is passed as an argument to test method def test_person_can_be_added_with_a_json_template(create_data):

We are getting the python dict as payload using read_file('create_person.json') and then using the random module to generate a random no between 0 and 1000 and then adding it to a prefix.

Finally, we update that in the request body and then provide it to the test method using the yield keyword

We also modify the previously created create_person_with_unique_last_name to optionally take the body in with a default value of None and use that to create JSON request body using the json.dumps() method or if not provided, still retain previous functionality of generating the request body.

Finally, once our user is created let’s see how we can use a JSON path to extract values out of a JSON

JSON path is a good way of working with a long nested JSON structure and it provides us XPath like capabilities. To add this library to our framework, add below:

For full details on the different use cases, this library can support refer to the PyPI page, jsonpath-ng

For our case, let’s say we want to perform the same action that we did earlier. i.e. get all the persons name and then check if the one that we expect is present inside the list.

We can specify the JSON path expression using the parse("$.[*].lname") method

The above expression translates to:

To get this JSON path to execute we call the find() method and give it the response JSON from the GET API response.

Finally, we assert that our expected last name is indeed present inside this list of users and fail if not found.

In this chapter, we saw,

Understanding how these concepts would serve you well to form the foundation of a successful API test framework.

And since this is going on on Christmas of 2020. Merry Christmas and happy holidays! 🎅 🎄 Enjoy